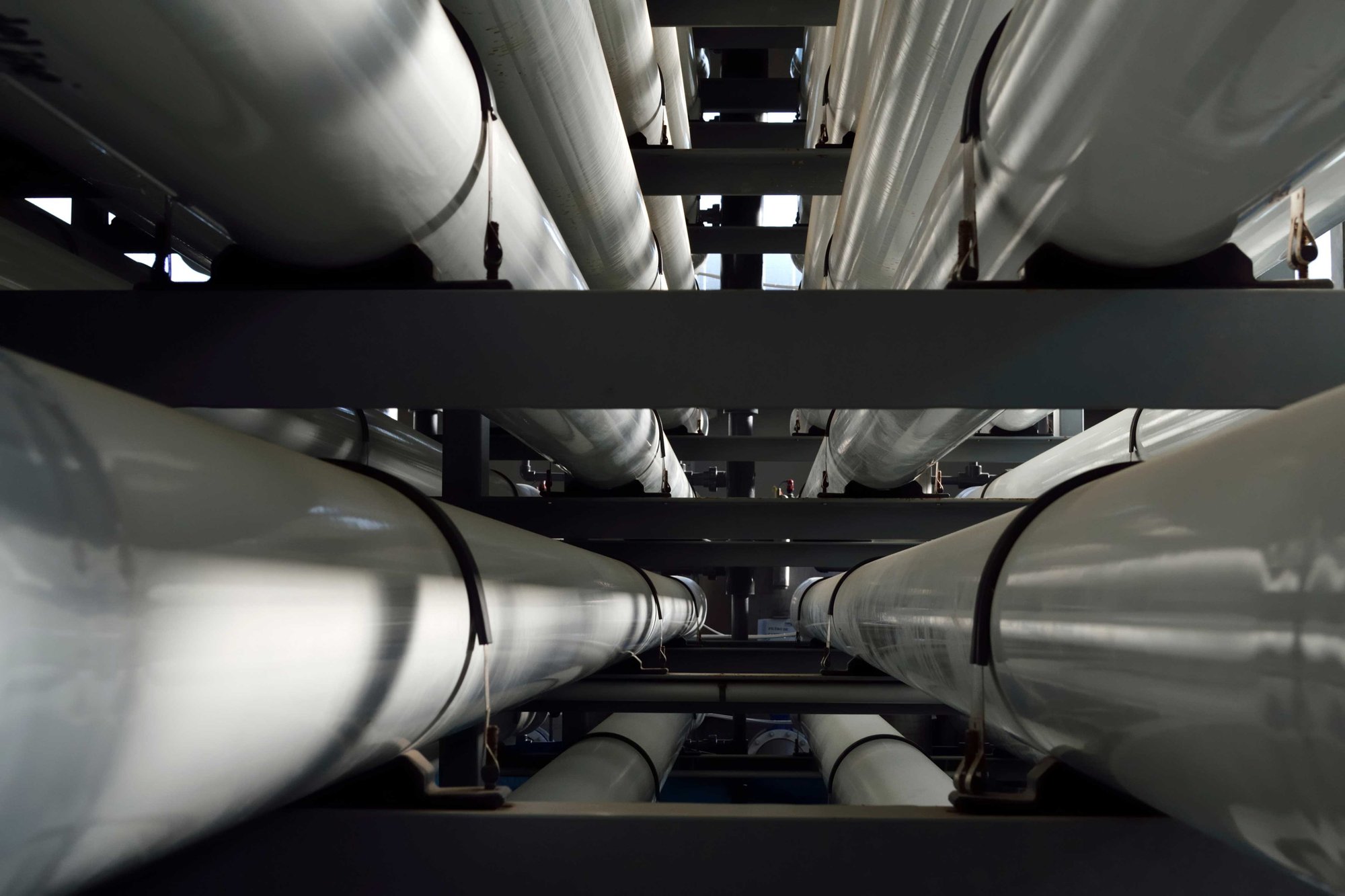 The Vertech team helped swap out an entire control system, network, and SCADA system in less than 48 hours.

Update an aging Allen-Bradley PLC-5 control system and out of date network infrastructure while avoiding costly downtimes by returning the system to normal in 48 hours or less.

NXP Semiconductor, a leader in developing innovative high-performance mixed-signal solutions, was facing several issues with an aging control system for its ultra-pure water (UPW) plant in Chandler, AZ. The aging Allen-Bradley PLC-5 control systems were state of the art when installed in the late 1990s, but most of the components are now discontinued or deemed “active mature.” Two of the five PLC-5 controllers were completely out of memory, preventing any process improvement. The network infrastructure used multiple proprietary, old network technologies, and was slow and non-redundant.

In addition to the technical challenges, downtime in the semiconductor industry is extremely costly. NXP operations required that the entire control system, network, and SCADA system be swapped out and the system returned to normal in no more than 48 hours. Vertech was up to the challenge.

Vertech modernized NXP’s SCADA system from a legacy, aging, and expensive-to-maintain system to a modern, highly connectible, and cost-effective platform. The upgrade included moving from the outdated SCADA software to a platform powered by Inductive Automation’s Ignition. NXP took advantage of Ignition’s unlimited licensing model to provide real-time system monitoring to managers away from the plant floor. The new system’s screens were designed to visually match the legacy system to minimize operator training requirements while still taking advantage of the modern tools provided by Ignition.

To take full advantage of the tag-based addressing in the ControlLogix platform, the control logic was re-written instead of converted. Vertech programmers developed a detailed sequence of operation (SOO) document by reverse-engineered the existing logic rung by rung. NXP was able to add long-needed functionality during this process. Due to the critical nature of the cutover, Vertech developed simulation software to mimic the existing system, and all new logic was fully tested against the simulator prior to site installation and demonstrated to NXP personnel.

Vertech developed a multi-step, phased cutover process cooperatively with NXP personnel to ensure zero impact to operations. A detailed cutover plan was developed with more than 300 tasks spanning the 48-hour cutover window. Multiple system walk-throughs were performed to ensure that all team members understood their role during the shutdown. On the big day, 14 Vertech team members worked with NXP personnel in shifts and completed the 48-hour plan eight hours early with no unplanned impact to operations.

NXP now has a modern control system that will provide another 20 years of life for their UPW plant. The new redundant processors and the redundant fiber ring network add a new level of reliability to this critical system, and the controllers now have the capacity to add new functionality for ongoing process improvement efforts. Beyond reliability, modern controllers and networking components also improve the security of the system while simultaneously making data from the system accessible beyond the plant floor for authorized users and reducing communications lag to near zero.

The Ignition SCADA platform reduces NXP’s annual support costs, and gives management a platform to combine more plant support systems into a central monitoring system. This will improve the coordination of maintenance and operations teams across this very large campus.

The control freaks at Vertech love a good challenge, and we’re ready to get to work. Drop us a line!